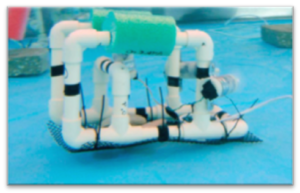 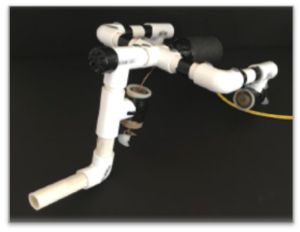 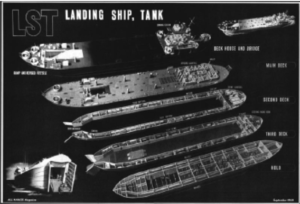 Structural Technology is the engineering of putting mechanical parts and materials together to create supports, containers, shelters, connectors, and functional shapes.

What Makes a Structure? 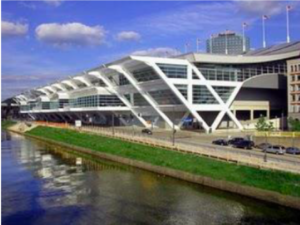 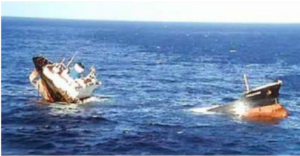 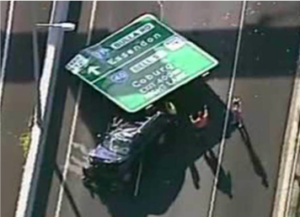 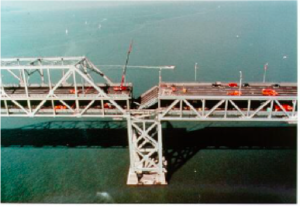 What Happened to the MOL Comfort?

In June 2013, the 8,110 ton container ship MOL Comfort broke in two in the Indian Ocean after encountering adverse weather during its voyage from Singapore to Jeddah. The aft section sank on 27 June and the fore section caught ﬁre on 6 July and  sank ﬁve days later.

An investigation later determined that a crack-like defect existed on a bottom plate, in a weld line, and that slamming-induced vibration (ship’s hull contacting with large waves) caused the crack to grow quickly which finally resulted in a catastrophic hull girder failure.

Can a bridge survive an earthquake?

The bridge was repaired after the collapse and most of the bridge has been retrofitted to withstand future seismic activity.  The eastern section was replaced with a new span in 2013 as it was deemed too expensive to retrofit.

On January 9, 2019 in Melbourne, Australia, video was captured of a sign falling from an overhead truss onto a moving car.  See the video here:

While the investigation of what happened to cause this incident is ongoing, it is likely an engineering failure at the heart of this accident.  Brainstorm some possible causes for this failure.

On December 12, 2010, the roof of the Minnesota Vikings stadium, the Metrodome, in Minneapolis, Minnesota  collapsed after a large winter storm. The roof was an air pressure supported structure that had been designed The stadium opened in 1982 with a roof made out of two layers: the outer layers were Teflon-coated fiberglass and the inner was a proprietary acoustical fabric.

The roof had been inspected in April 2010 and the outer shell was deemed in good condition.   The inner shell was labeled “fair to poor” with a recommendation to monitor some small tears.  The winter storm included heavy snows and high winds which caused a small sag in the roof.  This sag was deemed a safety hazard that prevented the snow cleaning crews from clearing the snow.  Snow accumulation caused the roof collapse – highlighting the need for continued vigilance during snow events.

This resource is a part of the Build lesson series.

This video is a part of the SeaPerch Training video series.

This resource is a part of the Testing & Troubleshooting lesson series.